Angelo opened his Law Practice in 1976 in Oakville, Ontario focusing on Corporate and Commercial practice as well as Real Estate and Estates. He also has had considerable experience as a Federal Prosecutor in the Criminal Courts. Angelo has lived in Oakville, Ontario since his grade school days. He holds an Honours Degree in Literature and Philology, as well as a Juris Doctor Degree from the University of Toronto.

In 1986 Angelo was appointed a Deputy Judge of the Small Claims Court of Ontario and continues to sit on the Bench presiding in both Official Languages of Canada. Angelo is also fluent in Italian. Angelo is a member of the International Bar Association and the Association de Juristes de Langue Française de l’Ontario.

Angelo has also served as a Counsellor of the Town of Oakville. He is former President of the Oakville Chamber of Commerce. He has been active with the Children’s Aid Society, the United Way and the Rotary Club of Oakville. Angelo believes in altruism as a way to pay it forward for those less privileged and for the leaders of tomorrow.

Angelo’s practice includes a Senior Counsel role in the areas of Corporate and Commercial, Real Estate, Wills and Estates, Municipal and Land Development, providing assistance to a broad range of satisfied clients.

Angelo subscribes to the highest standards of professionalism and integrity.

For legal advice regarding wills and estates, real estate, corporate and commercial law and municipal and land development

“GGS LAW, GREEN GERMANN SAKRAN, a law firm with a tradition of excellence” 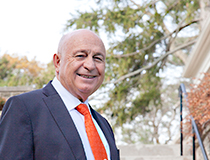