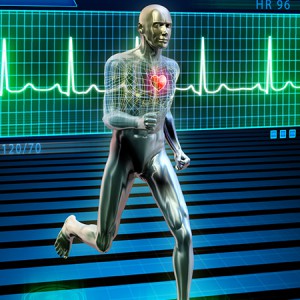 The federal government, bless their heart, have implemented a financial stress test for homebuyers effective October 17, 2016.

Qualifying for a mortgage has always been a “stress test” for borrowers but we never called it that.  The federal government tweaked their lending rules in four substantive ways:

In the past, homebuyers could qualify under the bank’s five-year variable rate (currently under 3% for most financial lenders).  Now, of course, the new lending rules mean that many new homebuyers or high ratio borrowers will have to wait until they have a larger down payment or consider buying a cheaper home.

Quite frankly, the new lending rules are most unfair to first-time homebuyers.  Others before them got away with much more lenient lending rules and, as a result, were able to buy their new home.  That doorway has now been closed.

The federal government has legislated a $600 billion limit on the total dollar amount of its mortgage insured loans and, the current balance of CMHC insured outstanding loans sits at $523 billion as of 2016 Q2.  The upper cap of $600 billion is almost maxed out.

In looking at the CMHC Mortgage Loan Insurance Highlights 2002 – 2016 Q2 it appears to me that the federal government wants to stabilize the risk to itself and to homeowners from the volatility of the market.

Although there are several CMHC indicators which remain consistent (such as the average loan to value ratio of CMHC insured homes remaining between 53% to 55%), the soft and unpredictable economy coupled with other CMHC indicators suggest borrowers are being more aggressive in their borrowing habits.  In my view, this trend is concerning to the federal government.

Looking at some CMHC statistics and specifically, CMHC insured households:

When you consider the recent spike of $35,000 in the average dollar amount insured per household and the highest jump ever in 2016 Q2 to 117,500 of insured households, these raise huge concerns for the federal government.  Clearly, first-time homebuyers are caught up in the buying frenzy and bidding wars.  With the stagnant low interest rates, people are making more and more aggressive bids, including high ratio borrowers which is likely contributing to the overall increase in the average insured amount per household.

When you also consider the borrowing trend of high ratio borrowers insured by CMHC/federal government alongside a recent report (at huffingtonpost) that downgraded Canada’s economic growth forecast to 1.4% for 2016, plus the fact that the Bank of Canada is hard pressed to increase its lending rate, the federal government stepped in to tighten its lending rules for high ratio (and low ratio) borrowers.

In the event the “bubble bursts” in the housing market, the symptom will be the decline or attrition in housing prices while the substantive socio-economic impact will be families losing their home.  This is what, I suspect, the federal government wants to avoid.

Buying a home? Talk to a Real Estate Lawyer »

Sharing is caring! Share on FacebookShare on TwitterShare on Linkedin

Want to discuss
your legal requirement?